Inside the Apple: Working with International Students 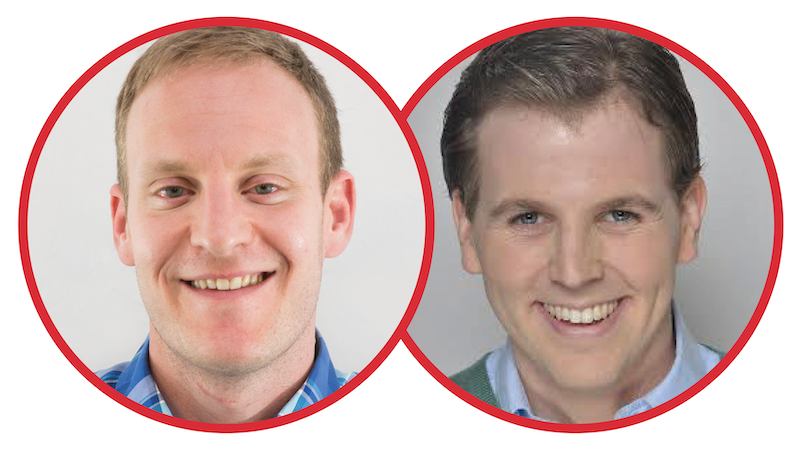 I always get excited when my students talk about potential study abroad programs they’d like to take advantage of when they’re in college – I lived and studied abroad myself for five years, and I treasure the time I spent living outside the United States. I learned an incredible amount both inside and outside the classroom! But there were many times that I wish I’d had someone who could have told me what to expect, both in the application process and in adjusting to a different academic environment. Today, I’d like to introduce you to two long-time Applerouth tutors, Tal Kitron and Ian Harkins, who gave me a look inside their process when they work with international students, as well as some tips for working with international students in any capacity.

Tal has been with Applerouth since 2013, when he began his transition from law into tutoring. Both of his parents are professors, so looking back that transition seems like a no-brainer! After many different positions in the classroom and as a tutor manager, Tal is now a full-time tutor for Applerouth. Ian has been with Applerouth since 2012 and is currently working in content creation as well as tutoring – he’s currently in the thick of AP season and divides his time between the US and his native UK.

Rapport is such an important part of tutoring – we spend so much energy making sure we’re making the right match for the student, considering things like learning styles and shared hobbies. It can feel intimidating to attempt to build that bond when you may not be familiar with the student’s school or culture, and you can’t exactly grab a physical seat in their living room when working with a student overseas. Tal aims for more universal interests:

Science and math are some of the hardest subjects to teach online, and they can be even trickier for international students interested in entering the American university system. For students in an IB program, their math curriculum isn’t necessarily what they are going to see on the SAT or ACT, so they may need to allow a bit more time for prep:

Mastering new types of testing and breadth of mathematics can be really tricky! Not to mention that the IB program allows students to specialize much earlier than American students do, which can lead to some surprising content deficits:

When a student has to balance so much new content and strategy while maintaining standout grades and intriguing extracurriculars, it can be tempting to seek familiarity, especially in a tutoring relationship.  Ian has two different answers as to why it’s so helpful to work with an American test prep company rather than someone closer to home (spoiler: it’s about culture and remaining current):

For students who are intimidated by the amount of English on the SAT and ACT, it’s crucial to work with tutors who can encourage them to think and work with another language. Ian, one of our TOEFL (Test of English as a Foreign Language) content creators, loves working with students who are willing to put themselves out there and learn a new language:

My biggest takeaway from my conversations with Ian and Tal was how important it is to go into the process with a plan. There are always unexpected bumps in the road, and international students aren’t always on the easiest path in the first place. I’d like to leave you with some words of wisdom from Tal about what he wishes international students knew before beginning the journey towards enrolling in an American institution: