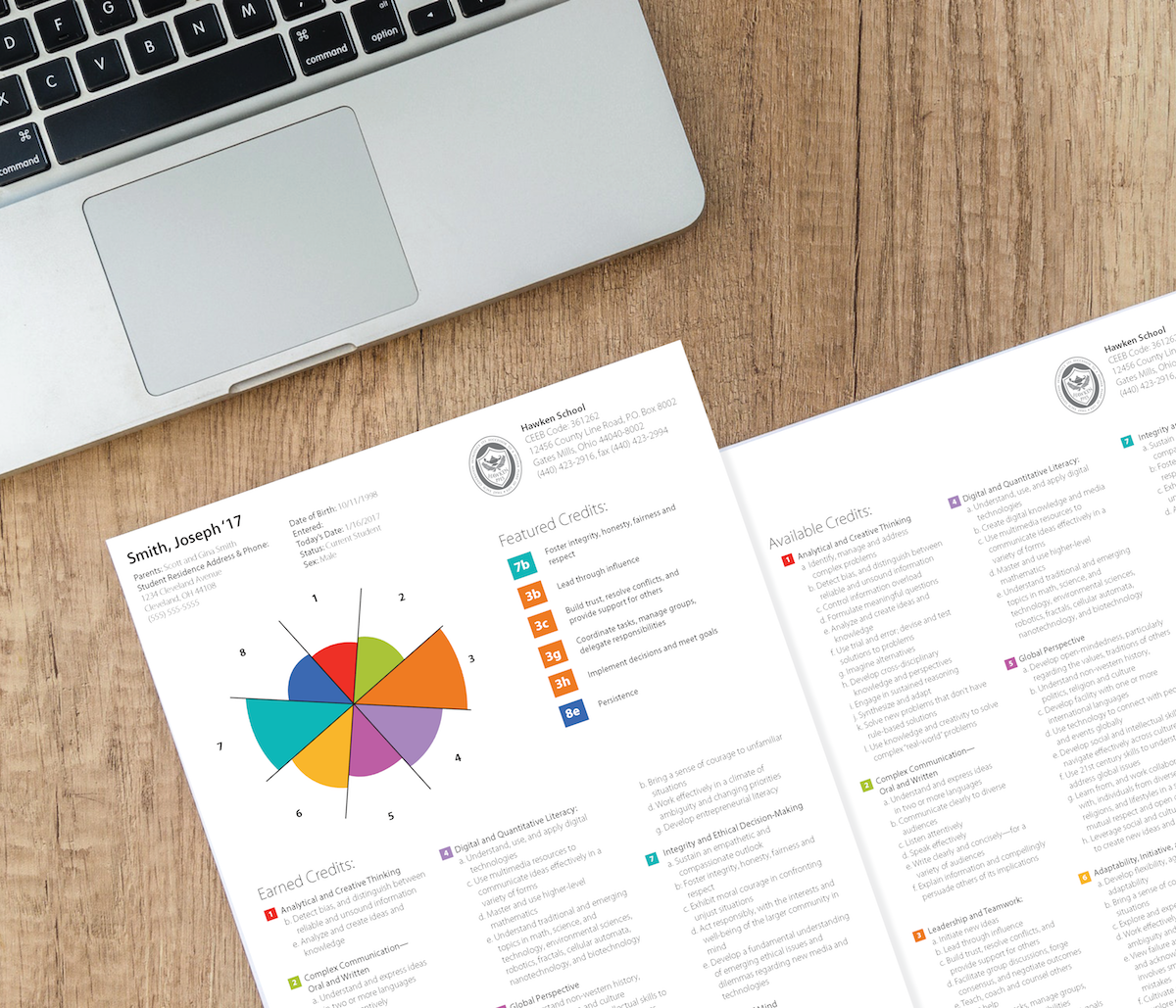 Proponents call it a more rounded assessment of student achievement, but critics are unconvinced.

A group of schools calling themselves the Mastery Transcript Consortium are piloting a new type of high school transcript, one that replaces grades with measures of skill mastery.

The program has been in the works since 2017, when a number of elite private schools banded together to reform the way they report student academic records to colleges. This upcoming academic year, more than 15 schools will pilot “letterless” transcripts that focus on skills that students have mastered, rather than grades in courses.

A transcript with no grades?

The Mastery Transcript assesses students in a way that is connected to their coursework, but not reliant on it. Instead of grades in Algebra or U.S. History or French, students will be awarded credit for mastering certain skills to the satisfaction of the school itself. Schools will determine the skills and the level at which a student is considered to have mastery of those skills. The MTC has released a template transcript which shows some possible skills a school might choose to focus on for their students, like Analytical and Creative Thinking, Digital and Quantitative Literacy, and Global Perspective.

The arguments for and against the new transcript

Proponents of the new transcript say that it allows schools to provide a more well-rounded picture of students. Instead of being bound by the course catalog, schools can emphasize areas of strength – like Complex Communication – that may not be bound to one particular class. In addition, schools can include non-academic character traits or habits that they esteem in their students, like Integrity.

That being said, the Mastery Transcript Consortium notes that in order for the transcript to carry any meaning, college admissions counselors will need to learn to read and interpret them as quickly and thoroughly as they read a traditional transcript with grades and GPA. In an age when college application numbers grow more and more every year, adding a new transcript type into the mix may be met with some resistance from admissions officers at colleges across the country.

Logistics aside, critics of the Mastery Transcript fear that the less-regulated, gradeless transcript may widen the gap between students who attend well-funded, well-resourced schools and those who do not. The Washington Post’s Catherine Campell argues that “Grades are imprecise and imperfect measures of achievement. But they do provide some useful information about relative achievement among students.” High-achieving students at lower-end schools rely on stellar grades, paired with test scores, to make their way into college. Campbell continues, “Obfuscating distinctions — whether through grade inflation or grade elimination — helps students in schools where average achievement is high and hurts those where that average is low.” Essentially, the Mastery Transcript could allow high-end schools to recommend students for elite colleges by sidestepping grades altogether.

The Mastery Transcript Consortium has anticipated criticism and difficulty on its way forward. The Mastery Transcript was the brainchild of Scott Looney, head of school at Hawken School in Cleveland. In 2017, he told Inside Higher Ed that he anticipated a long fight, but was optimistic that higher education would eventually begin to value a less-traditional measure of student achievement. That optimism has carried over as the Mastery Transcript has its first pilot year, and it will be interesting to see the results as the first Mastery class heads into college application season.