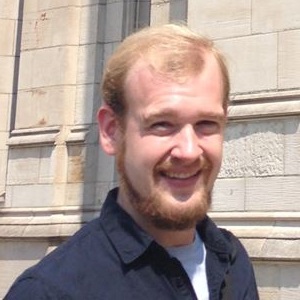 Jesse is a Premium Tutor who has worked with over 300 students since joining Applerouth in 2014. Jesse is in the Top 15% of Applerouth's Most Requested Tutors of All Time, and he was named 2015 Preferred Tutor of the Year. A lifelong learner, Jesse started his postsecondary career by earning a Bachelor's from Northwestern University in Comparative Literature. He followed that up with a Master's from Emory University in Film Studies, and he is currently pursuing a PhD from the University of Pittsburgh. At Applerouth, Jesse has worked over 300 hours of STEM tutoring, including AP Statistics, AP Chemistry, and AP Physics, among others. His tutoring style is encouraging and participatory. When he's not tutoring, Jesse enjoys hiking, skiing, and playing video games.

Here's what families are saying about Jesse:

Jesse has been amazing and my daughter is thrilled with him!