SAT vs. ACT: Which One Should You Take? 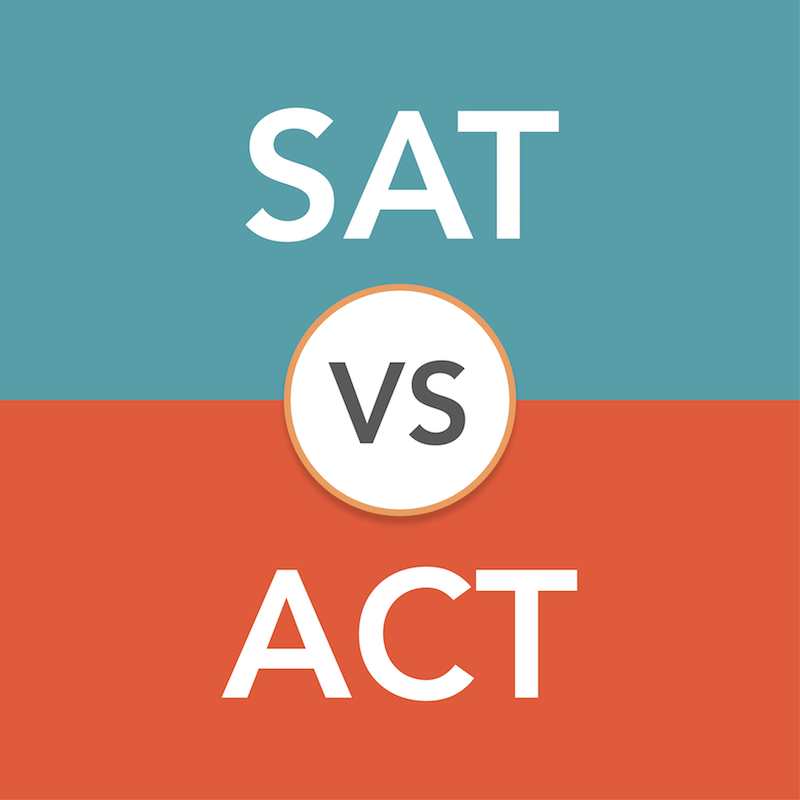 Here at Applerouth, one of the biggest questions we get from parents and students is, “Should I take the SAT or the ACT?” It’s an important question! You can choose to take either test for college admissions, and there are many similarities between them; however, they’re not identical.

We published a resource on the two tests back in 2019, but the world of testing has changed since then, and it’s time for an update.

When it comes to college admissions, you can choose either test

For decades, many colleges only accepted one test – or strongly preferred one to the other. That’s no longer the case.There’s a long story about how the old preferences came to be, but it basically boils down to where each test got its start. The SAT debuted in Princeton, NJ in 1926, and by 1950 was dominating the east and west coasts. The ACT was developed in Iowa in 1959 and spread throughout the central states.

These days, colleges give the same weight to the ACT and the SAT.You can choose the test that’s right for you without worrying about which one your dream school prefers.

The SAT and ACT have similar structures, but very different timing

Both tests are about the same length (3 hours, give or take) and have four mandatory sections each. However, the ACT is a much faster-paced test than the SAT, as you can see in the “time per question” columns below:

The SAT gives you more time per question, but that doesn’t make it an easier test. In fact, neither test is “easier.” You might find that one of the tests suits your learning style better than the other one, but they’re both equally challenging.

It’s important to note that the SAT will no longer offer the optional essay after June of this year. We don’t know if the ACT will drop their essay as well, but it’s certainly possible. Very few schools require or recommend that students take the essay with their SAT or ACT.

The tests cover roughly the same material, but there are some differences

According to Applerouth’s content experts, the material on the SAT and ACT overlaps by about 75%. Both tests cover reading comprehension, grammar and writing techniques, and some math content. Here’s a section-by-section break down of the major differences:

The biggest area of difference concerns science. The ACT has a separate section for science literacy, where the SAT incorporates some science subject matter into its Reading test. Neither test requires you to come in knowing everything there is to know about science: both of them give you science passages and then ask you questions about the provided information. That being said, the ACT’s Science section does tend to be more challenging and in-depth than the science passages on the SAT’s Reading test.

When it comes to reading comprehension, the two tests have similar content, but different difficulty levels and timing. The SAT’s Reading test is a marathon: at 65 minutes, it’s the longest section on either test. The passages tend to be longer and vary in difficulty. You’ll also see more passages that date from the 1800’s or earlier than you do on the ACT. The ACT’s Reading test is a sprint, with only 35 minutes to finish four passages. However, the passages tend to be shorter and more modern.

Finally, there’s math. The ACT has just one math section (where you always have your calculator), but the SAT has two: No-Calculator and Calculator. You’ll see some of the same content on both tests, like algebra, graph-reading, arithmetic and some geometry. However, the SAT focuses on algebra and modeling pretty heavily and only has a little bit of geometry. The SAT’s math sections are full of word problems, graphs and charts, and multi-part problems. The ACT’s math section is more of a grab-bag, where you’ll see everything from matrices to trigonometry to coordinate geometry. If you’re a strong math student, the ACT really lets you shine.

The English section on the ACT and the Writing section on the SAT are the most similar of all the sections. They both give you several sets of passages and ask you to correct the grammar and improve the writing techniques of each passage. You can expect to see a wide range of grammar concepts (like punctuation, adverbs, pronouns, and prepositions) on both tests.

Which test should I take?

The best way to figure out what test is best for you is to take a practice test of each one and compare the scores and testing experience. You can take FREE SAT and ACT practice tests with Applerouth during our National Practice Test Weekend (April 24-25). Visit our sign up page to learn more and secure your spot.