To Submit or Not to Submit: The Test Optional Dilemma 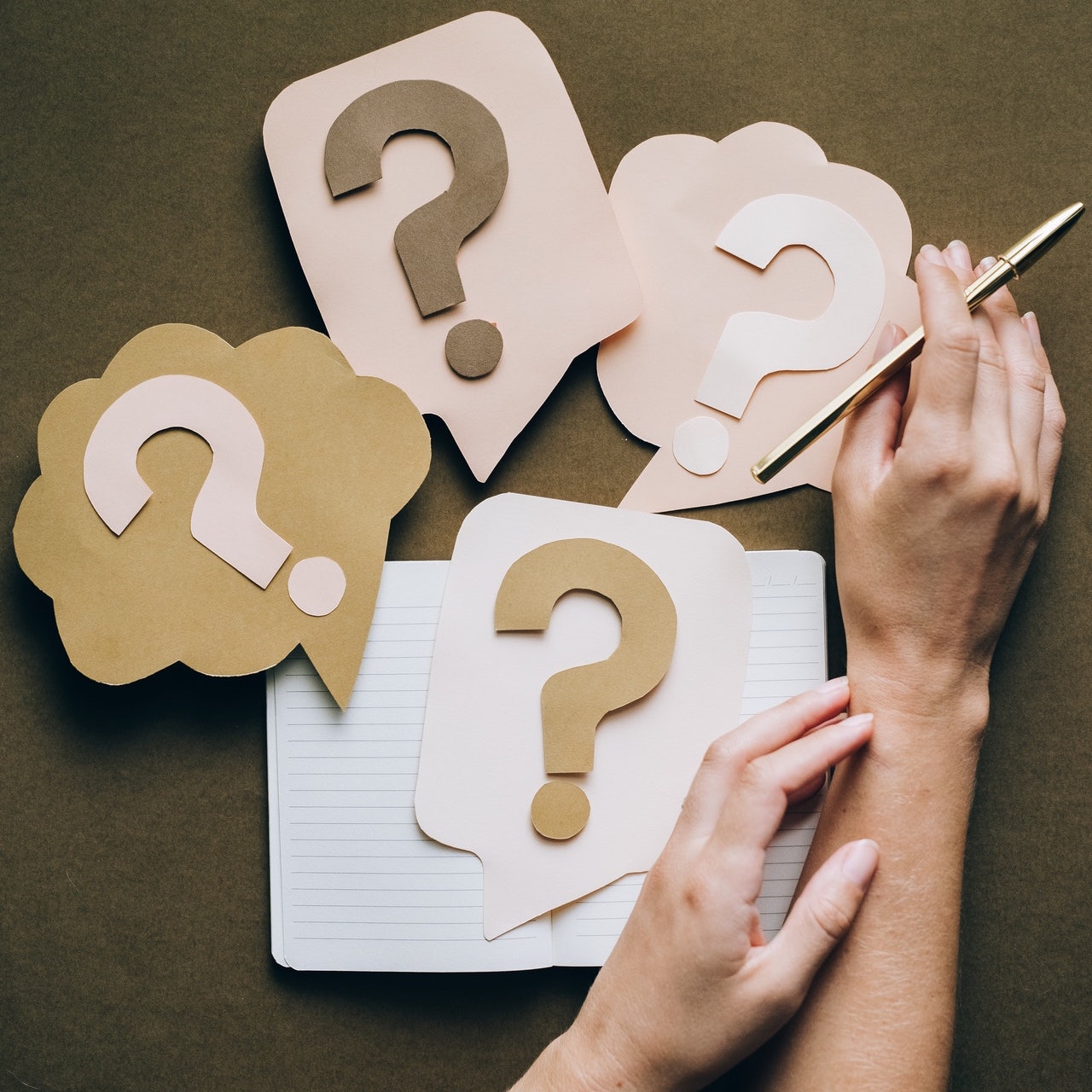 Now that college applicants may choose whether to send or withhold SAT/ACT scores, the question arises: when is it smart to send scores, and when is it better not to? Recently, a number of IECs have approached us with this question after being asked by their students. To submit or not to submit…that is the question of the 2020-2021 admissions cycle. In a predominantly test-optional year, students have to make a judgment call – will my scores help or hurt my application? Here’s our take on how to make that call in a thoughtful way for each student and each of their applications.

Each year, colleges report the academic profile of their incoming freshman class, including GPA and test score information in the Common Data Set (CDS). The test score data reported in the CDS is an important touchstone for any student deciding whether or not to submit their test scores to a particular school.

From this data, we see that an SAT score below 1370 would fall into the bottom quarter (or “quartile”) of SAT scores among students admitted to Tulane during the 2019-20 cycle. Meanwhile, a score above 1480 would fall into the top quartile. The middle 50% of admitted students attained SAT scores in the 1370 to 1480 range, and we can estimate the midpoint to be a 1430.  Based on this breakdown, Tulane’s test score  quartiles for admitted students are as follows:

These test score quartiles are an important guidepost for students who are trying to decide whether their current SAT or ACT scores would be an asset at a particular school. As Jamie Hansard, Vice President of Enrollment Management at Texas Tech University advises, students need to “look at [each college’s] academic profile” when deciding whether to submit scores.

As with all things in college admissions, it’s important to look at the whole picture when making a decision. The quartile analysis will be just one part of the picture for many students as they decide whether or not to submit their scores. Like every choice a student makes about what to include or highlight in their application, it is an important one. Here’s our general rule-of-thumb for score submissions in a test-optional review process:

In the current testing environment, students who have scores above the midpoint should send them. It’s that simple. If you are an above average test-taker for a particular institution, let them know about it, just as you are sure to let them know about other things you have done well in other parts of your application.

Students in the bottom quartile of test-takers for an institution are generally well-advised to withhold those scores, as they will likely fail to strengthen an application. Hansard advises that students with scores below the middle 50% “may not want to submit . . .if they don’t believe it’s going to add academic value to their application.”

There may be exceptions depending on the context of an individual student’s application but, generally speaking, students have the advantage in a test-optional year of withholding scores that will not otherwise advance their case.

When asked about the optional submission of tests such as SAT Subject Tests, Shawn Felton, Cornell’s Director of Undergraduate Admissions, emphasized that “We can’t unsee something that has been submitted to us as part of the application review.” The scores may not have been required but, once they’re in, they become part of the student’s record, for better or worse. In general, it’s better to let an otherwise outstanding application stand on its own than reduce its impact by including weaker test results.

The most difficult decisions lie in the third quartile, below the midpoint, but above the bottom quartile. For students who’ve scored in the 25-50% range, the decision to submit test scores (or not), will depend on other factors, including data points like GPA and course rigor, as well as the qualitative parts of the student’s application.

One question to consider is: Are the scores at the top or bottom of the quartile? Students need to determine where their scores are within the 25-50% range. A score just shy of the 50% cutoff may be beneficial, depending on how it aligns with the rest of the application. For example, an engineering applicant coming from a less well-known high school might want to show mastery of mathematical concepts given the admissions office may be less familiar with the school’s curriculum. On the other hand, a score that just barely passes the bottom 25% is less likely to help the student’s admissions prospects. On a recent virtual session with prospective students, one Tulane admissions representative, when pressed on the question of whether to submit or withhold scores, offered that a composite SAT score over 1400, in the middle of Tulane’s third quartile, could help an applicant.

If a student has a test score in the upper 50% of the prior year’s range, Georgia Tech’s Director of Undergraduate Admission, Rick Clark, advises students to “send it: it’s not going to hurt you in any regard.” For students in the lower 50%, according to Clark, it depends. “If [that score] is something you want us to look at, and it’s representative of you as a student, send it.” When it comes to scores in the bottom quartile, Clark advised, “I wouldn’t send it.” And instead, he urges students to “go with your strengths.”

When asked if there was a threshold above which an SAT section score could benefit an applicant to Cornell, Felton replied, “If I were pressed to give a threshold, I’d say 650 or higher.” Cornell has a middle 50% range of 680-760 for verbal and 720-800 for math, though the scores for particular colleges – and their relevance in the selection process – within Cornell vary significantly. A 650 would fall in the bottom quartile for Cornell applicants, but in some cases, for some colleges, this score could be beneficial.

A second question to consider is: Are scores aligned with GPA? Students should think twice before diluting a stellar transcript with lower test scores. According to research from the College Board, roughly ⅔ of SAT takers have grades that align with their testing. Students with test scores well below their grades will not likely benefit from submitting their scores. Students with better test scores than grades may get an admissions boost from their scores (as well as consideration for merit scholarship), as long as the application as a whole does not suggest that the student is bright but simply unmotivated in school. As Carol Lee Conchar, Regional Director of Admissions for The George Washington University, emphasizes, “We’re not grade optional. A student with a 1550, but a 3.4 GPA, we’re not going to be too psyched about that kid.”

Keeping the Big Picture (and the Whole Application) in Mind

The quartile analysis provides a helpful framework, but a decision about test scores should never be made in a vacuum. As Conchar explains, so much depends on the student’s context. Admissions officers do not want to discourage students “from feeling proud of the work that they have done.” She explains that, if a student from a disadvantaged background submitted a score “below our mid 50 [but] has taken very rigorous classes . . . performed really well [and] might be headed towards number one in their class or at least the top five, we are going to give that student grace.” Cornell’s Felton mentions that test scores don’t have as much weight for certain students – particularly fine arts or classical music majors – so a test score slightly below the average probably wouldn’t hurt a student applying to that sort of program.

In short, students should look at their application as a whole and ask whether the test score adds anything. Here are some additional contextual factors to consider.

A calculus for each application

Students will likely take different approaches to score submission for different colleges on their list. A student may choose to send their scores to their likely schools, to strengthen their application and potentially secure a scholarship opportunity. That student may also choose to send their score to a “possible” school, as their test scores may authenticate the rest of their application. But that same student may withhold their test score from their reach school with lofty testing ranges. In a test optional admissions year, one size does not fit all.

Even if a student’s composite score is in the third quartile for a selective school, it’s important to consider the breakdown of the section scores. Take, for example, a student who attains a 1400 on the SAT. Not all 1400s are created equal. If a student is applying to a selective engineering program and has a 600 verbal and an 800 math, that student should be encouraged to submit those scores. The 800 conveys mastery of the most relevant test section for engineering and, therefore, trumps the weaker 600. Now let’s imagine that the section scores are reversed for our aspiring engineer. The lower math score may be a red flag for admissions about a weakness in a key content area. In this case, the student may want to think carefully before submitting those scores.

Case Studies: Putting It All Together

We’ve been talking with IECs across the country, discussing whether students should submit or withhold scores. Let’s examine several examples that will help illustrate how all these factors come together:

Verdict: It’s super close, but our instinct is to hold back the score with that 640 math, and lead with that 3.9 GPA.

Verdict: The 580 M is too much of a liability for VA Tech and falls outside of the middle 50% range. For an architecture major, math skills will be extremely important. Our recommendation would be to withhold the scores.

Verdict: David is right on the cusp. He has 700+ on both sections of the SAT, although his math is relatively low for Penn. His 33 ACT puts him in the middle 50%. Both scores are reasonably strong and confirm his academic strength. Send both scores.

Verdict: Submit scores to Indiana, Rutgers, Penn State; withhold from Emory and Cornell. For UT, it would depend on whether the student is applying from in or out of state.

Verdict: Submit to all three schools. A 33 composite is strong across the board and validates the student’s readiness to contribute academically to each of the schools on his list.

1 Data from section C.9 of the Common Data Set. This data can be accessed by using the College Board’s Big Future site, under the applying: SAT & ACT scores subheading.