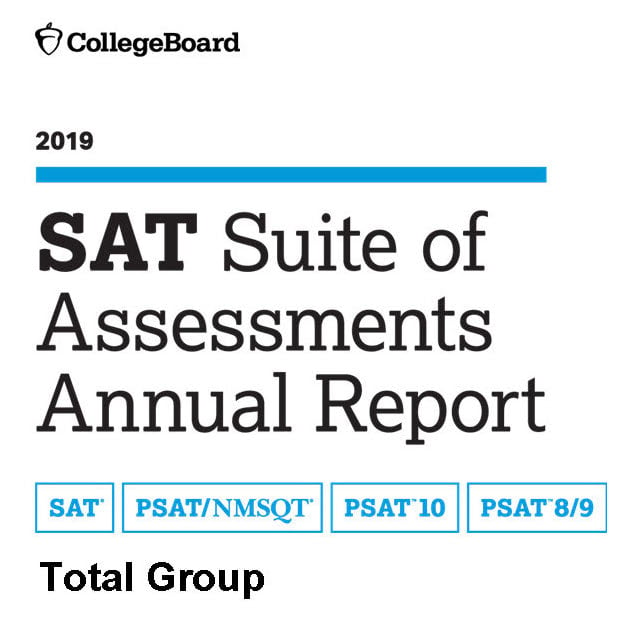 Last month the College Board released the 2019 SAT Suite of Assessments Annual Report, which collects data on test-takers and scores for the class of 2019. The report is fairly dense – it also includes information on the PSAT/NMSQT, PSAT 10, and PSAT 8/9 – but some points stand out.

Despite overall increases in the number of underrepresented students served by the SAT, the overall performance of minority students has decreased. According to Inside Higher Ed’s Greta Anderson, “more African American and Latino students in the Class of 2019 failed to reach SAT benchmarks for college readiness than on the previous year’s test.” Students of both Asian and White descent were almost twice as likely to reach the benchmarks in 2018 than African American and Latino students.

The College Board argues that when access to the SAT is increased – as it was in 2018 – then average scores are destined to drop because a wider range of students, with a wider range of college readiness, submit tests for scoring. Overall, the College Board said, “we see this as a positive result.” The College Board’s position is backed up by supporters like economist Susan M. Dynarski, who writes, “Universal and free testing can help to level the playing field, uncovering disadvantaged students who can benefit from college.”

However, the College Board does have its critics, who see the pervasive score differences across racial and socioeconomic lines as indicative that the test itself doesn’t do what it purports to do. Bob Schaeffer, Public Education Director for FairTest, argues that “the SAT remains a more accurate measure of a test-taker’s family background than of an applicant’s capacity to do college level work.”

The issue of access in college admissions testing continues to be a complex and thorny one, and it will be interesting to see what happens to average scores as the SAT continues promoting School Day Testing heavily to schools and districts.