by Katie Rose-De Laet on September 18, 2019 in Admissions, In the News 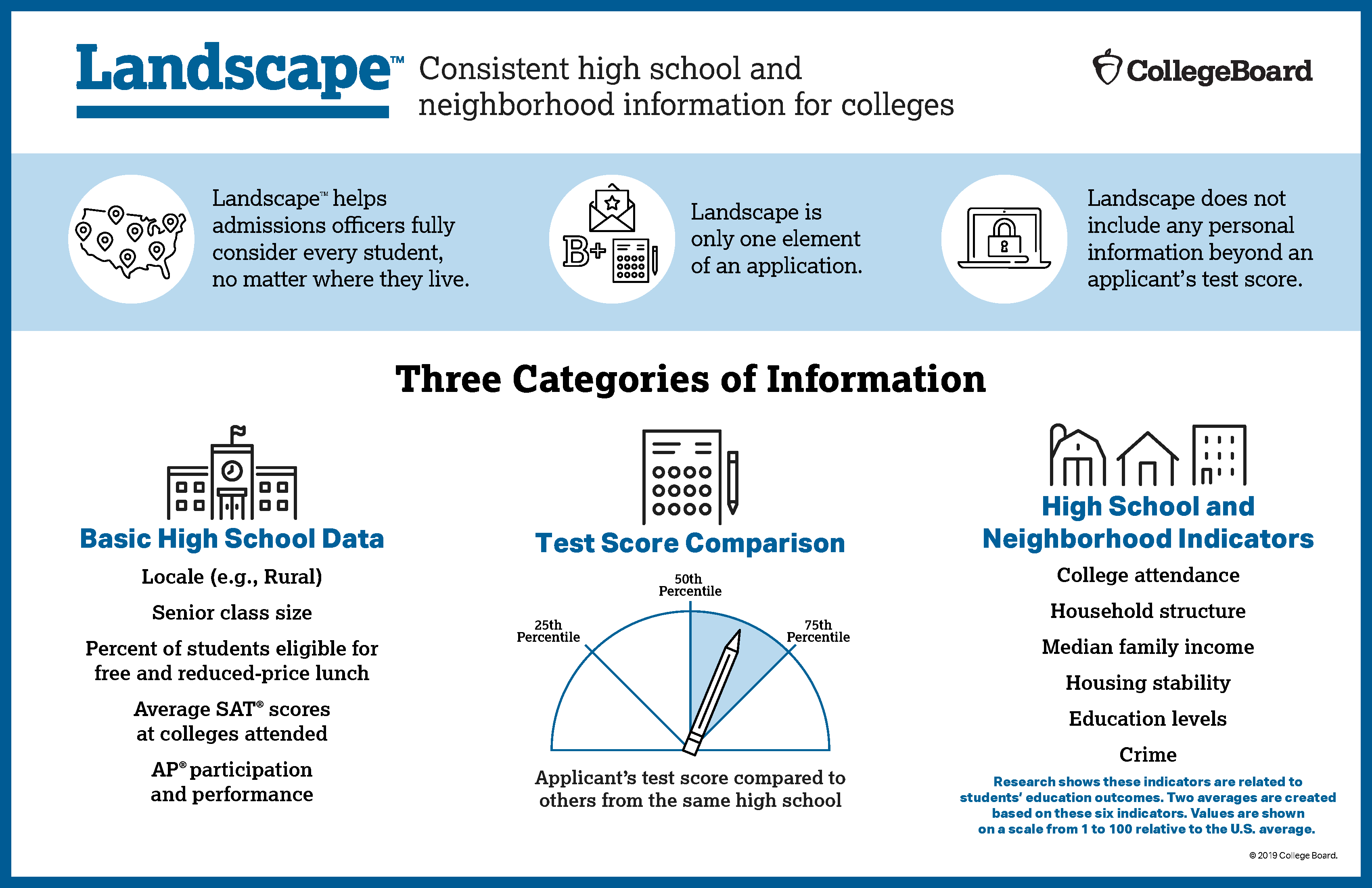 Last month, the College Board announced that it would be discontinuing the Environmental Context Dashboard, widely referred to as the “adversity score,” and replacing it with a new dashboard it calls Landscape.

The Environmental Context Dashboard, which debuted in May, was met with widespread criticism. Essentially, the dashboard compiled information about a student’s school and neighborhood concerning a variety of factors – including average income, crime rate, and high school graduation rate – and gave the student a score that indicated the amount of adverse pressure the student was under. The goal of the score was to give colleges context for a student’s scores, but parents and educators were concerned about the impact of reducing a student to a single environmental score.

The College Board listened to their concerns, and less than 4 months after announcing the debut of the adversity score, College Board CEO David Coleman told NPR that “boiling all of that complex information down to one number was indeed problematic and that the company is now reversing its decision.” Instead, the College Board will be implementing a new dashboard, called Landscape, that will give colleges the same background information, without assigning a single score to students. Landscape will assign two scores: one ranking the student’s school and one ranking the student’s neighborhood.

In spite of changes in how the data is presented: the College Board’s goal remains the same: to provide colleges with context for student achievement.

The Environmental Context Dashboard originally came about because colleges asked the College Board for information that could inform their reading of student scores. And it worked for certain populations of people: according to NPR, “The adversity score did not account for a student’s race, but schools that used the tool in pilot testing reported that the socioeconomic data helped boost nonwhite enrollment.” The College Board hopes that Landscape will still achieve that aim, while avoiding assigning a single score to student adversity.

What’s more, while the Environmental Context Dashboard was only available to colleges, Landscape will be visible to students and parents as well, so they’ll know what information colleges are receiving about their environment. The College Board also has a list of Landscape Appropriate Usage Guidelines, which states that colleges cannot use the information found on Landscape to make admissions decisions – it’s only meant to offer context.

For more information on Landscape, you can read the overview published by the College Board here or take a look at the infographic here.