Can You Measure a College’s Return on Investment? 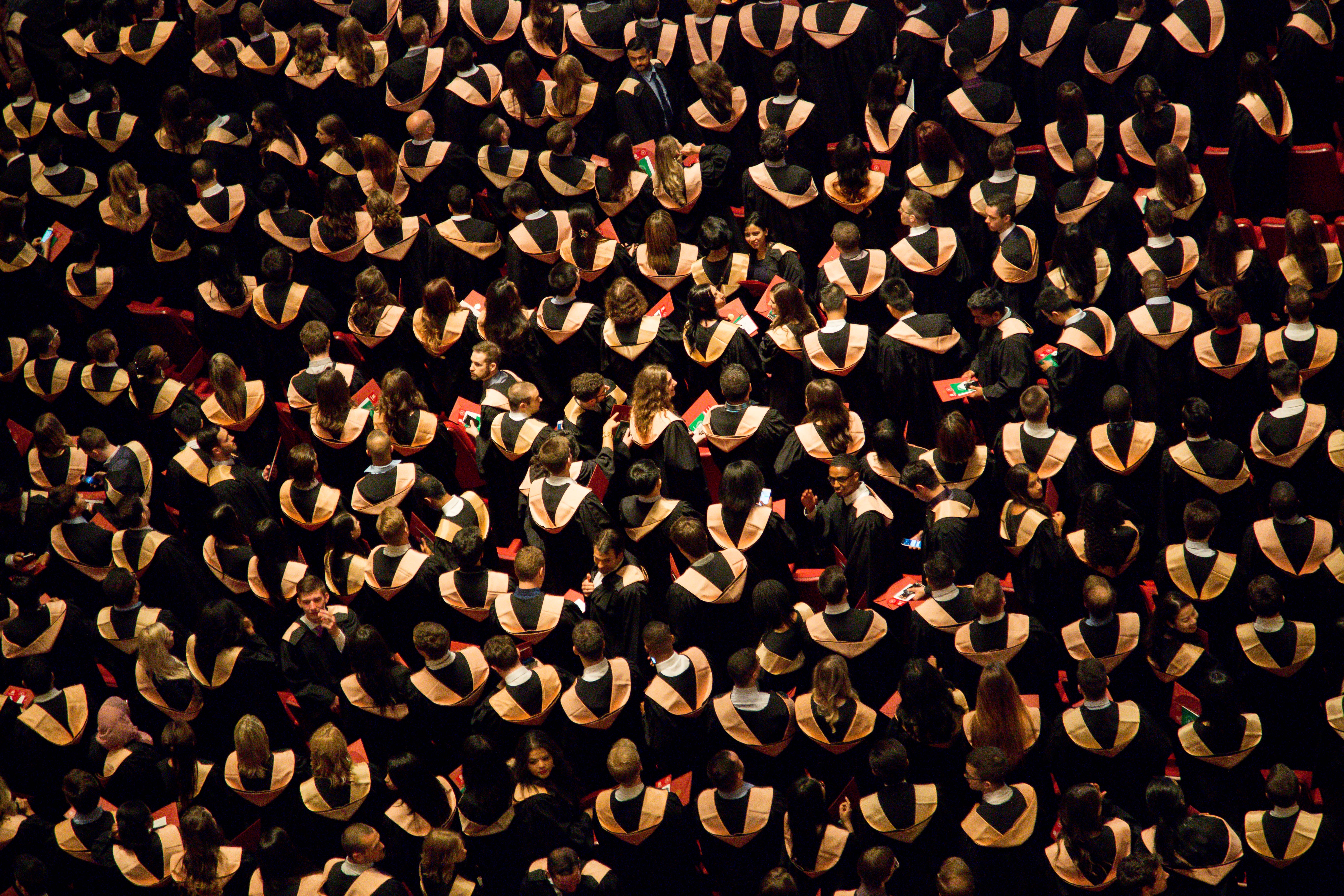 In the past decade, the term return on investment (ROI) has migrated from the world of business to become a popular buzzword in the higher education community. Many admissions professionals, recognizing the flawed nature of traditional quality indicators such as the U.S. News rankings, are now actively seeking outcomes-driven data, quantifiable information that will help to answer a question essential to anyone’s college selection process—what do colleges actually do for their graduates?

It turns out that this is far from a straightforward inquiry. Various non-profit and government organizations have devised algorithms to try to accurately measure higher education ROI, yet each is fraught with its own set of problems. In the following blog, we’ll explain how ROI data can inform and also how it can mislead. Ultimately, we will help you become a discerning consumer of ROI data and, as a result, a more empowered college applicant.

The most obvious way to measure a college’s return on investment is to simply compare alumni income across post-secondary institutions. Payscale.com has done just that. Using this information it is easy to see that the average Harvey Mudd graduate makes $131,000 by mid-career while the average Boston College grad pulls in just under $99,000. Harvey Mudd is ranked 2nd overall on the Payscale list while BC is tied for 67th. So, we can conclude that Harvey Mudd has a better ROI than Boston College, right?

Not even close—at least not in any valid way. Harvey Mudd College produces a disproportionately high number of graduates in engineering, computer science, and software development, all of which are relatively lucrative fields. While Harvey Mudd’s graduates may earn high incomes, their salaries are attributed, at least in part, to their major, rather than their undergraduate institution. Thus, it becomes difficult to provide for meaningful comparisons between institutions who emphasize different disciplines. Boston College’s most popular majors include less lucrative areas of study such as English, Communications, Psychology, and Human Development.

College Scorecard and Collegeresults.org both provide colorful, easy-to-navigate databases that allow users to compare institutions with similar characteristics statistics by alumni salary, debt repayment, and graduation rate. Unfortunately, neither are able to disaggregate salary information by major, the key to solving our Harvey Mudd/Boston College issue from before.

For a salary comparison of students with like majors attending different schools, one has to delve further in Payscale’s website, however, their methodology leaves a lot to be desired. For example, all of Payscale’s salary data is submitted voluntarily and without documentation by users so it all must be taken with massive grain of salt.

In an effort to collect accurate data that would allow for like-major, cross-school comparisons, an organization called the American Institutes for Research partnered with seven state governments to form a group called College Measures. This effort produced some wonderful data, in our opinion some of the best ROI information available. Reviewing their published work, one can learn that students with psychology degrees from Florida International University have a median salary of $28,300 upon graduation versus $24,334 for the median Florida State psych major. Now we’re comparing apples to apples and viewing meaningful data!

The bad news is that, as of this moment, College Measures has only collected and analyzed salary data from seven U.S. states and do not have a searchable database that would serve as a helpful tool to prospective college students.

Looking to high-paying industries to see which colleges and universities act as feeders into lucrative positions with major national/international corporations can be another useful tool in determining ROI. As part of the research for our book, The Enlightened College Applicant, the College Transitions team analyzed Linkedin data to determine which colleges were the biggest feeders (adjusting for student enrollment) into the world’s largest financial, tech, and engineering firms.

Among financial firms, Goldman Sachs draws heavily from the Ivies while Morgan Stanley employees pulls more from non-Ivies such as Villanova, Baruch College, and Duke. In the engineering realm, Boeing targets top talent from coast-to-coast, employing large quantities of grads from anywhere from MIT to Purdue to Cal Poly. Meanwhile, the majority of Ford Motor Company’s engineers hail from Midwestern schools and energy companies like Shell and Exxon reel in a large numbers of Texas-based graduates (Rice, UT-Austin). The tech world is similar, with companies like Google pulling the majority of their employees from powerhouse computer science programs like MIT, Carnegie Mellon, and Stanford where other Silicon-Valley based companies like Apple and Cisco snatch up a sizable number of local San Jose State grads (in addition to high prestige schools, of course).

What does a college actually do for me?

When endeavoring to determine a college’s worth, there is of course, a glaringly obvious problem. How do we know if the ROI is attributable to the college in the first place? If an equally bright and talented individual attends Stanford vs. San Jose State, will the name on their diploma actually determine their future earnings? This, it turns out, is a much more difficult question to answer.

Researchers Stacy Dale & Alan Krueger studied how elite college grads fared financially as they progressed toward middle age. What they found is that students who attended elite colleges fared no better than those who applied and were rejected by elite colleges. In other words, smart and ambitious people achieved similar material wealth regardless of where they actually attended school. The only subsets of people who derived great benefit from attending an elite university were first-generation students, lower-income students, and minorities.

With the ROI waters now sufficiently muddied, subsequent inquiries have tried to calculate the “value-added,” accounting for these complicating factors.

The Brookings Institute set about to analyze the “value-added” of attending a given school. They looked at publicly available data—graduation rates and the market value of the skills that a college teaches, and loan repayment statistics. The resulting rankings include many two-year community colleges and lesser-known state schools gracing the top of the “value-added” charts. However, knowing that Pearl River Community College in Mississippi has the 3rd highest “value-added” rating of any school in the country will be of little help to the teen deciding between NYU and SUNY-Albany.

The Economist set about the same task but was able to calculate value-added through more purely financial means. By comparing students’ financial aid applications to their future tax returns, this study was able to compare expected earnings vs. actual earnings. Schools at the top of this list included Babson, Washington & Lee, and Villanova.

How ROI can mislead

Another complicating factor in trying to determine ROI is that many students attending elite colleges come from high-income, well-connected families.

The Equality of Opportunity Project conducted a study which revealed that many top colleges matriculate more students hailing from the economic 1% than from the bottom 60%. It seems fair to wonder if a college can truly be credited with landing a student with wealthy and powerful parents a high paying job when family connections or nepotism might deserve more credit.

To remedy this problem, the devised an algorithm attempting to measure the “highest upward mobility rate.” Similar to the findings of the Brookings Institute, many of the schools at the top of this ranking are less selective state universities or community colleges.

How to find more info

While outcomes data can prove extremely useful, general statistics may not be sufficient to address questions and/or concerns that are particular to you.  Perhaps you wish to enroll in an undersubscribed major, work in a specific part of the country/world, or pursue employment in a highly specialized field. In these cases, you’ll need to dig deeper and touch base directly with your prospective college’s career services office.

Measuring a college’s return on investment, at present, is an imperfect science. No single calculation or rating system is going to definitely tell you that attending University A will result in a more lucrative career than attending University B. This is especially true given the fact that the data sources available all have warts and/or significant limitations. Yet, the flood of new data on ROI from the multitude of sources referenced throughout our blog can, when considered as whole, still help you adopt a more consumer-minded approach to the college selection process. Merely accepting the notion that you should be judging colleges every bit as much as they are judging you is a step in the right direction.

Dave Bergman and Andrew Belasco are co-founders of College Transitions, a team of college planning experts committed to guiding families through the college admissions process. They are also co-authors of “The Enlightened College Applicant: A New Approach to the Search and Admissions Process.” Learn more at collegetransitions.com. 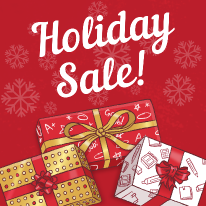