The ACT evolves: harder science and math arrive with May update 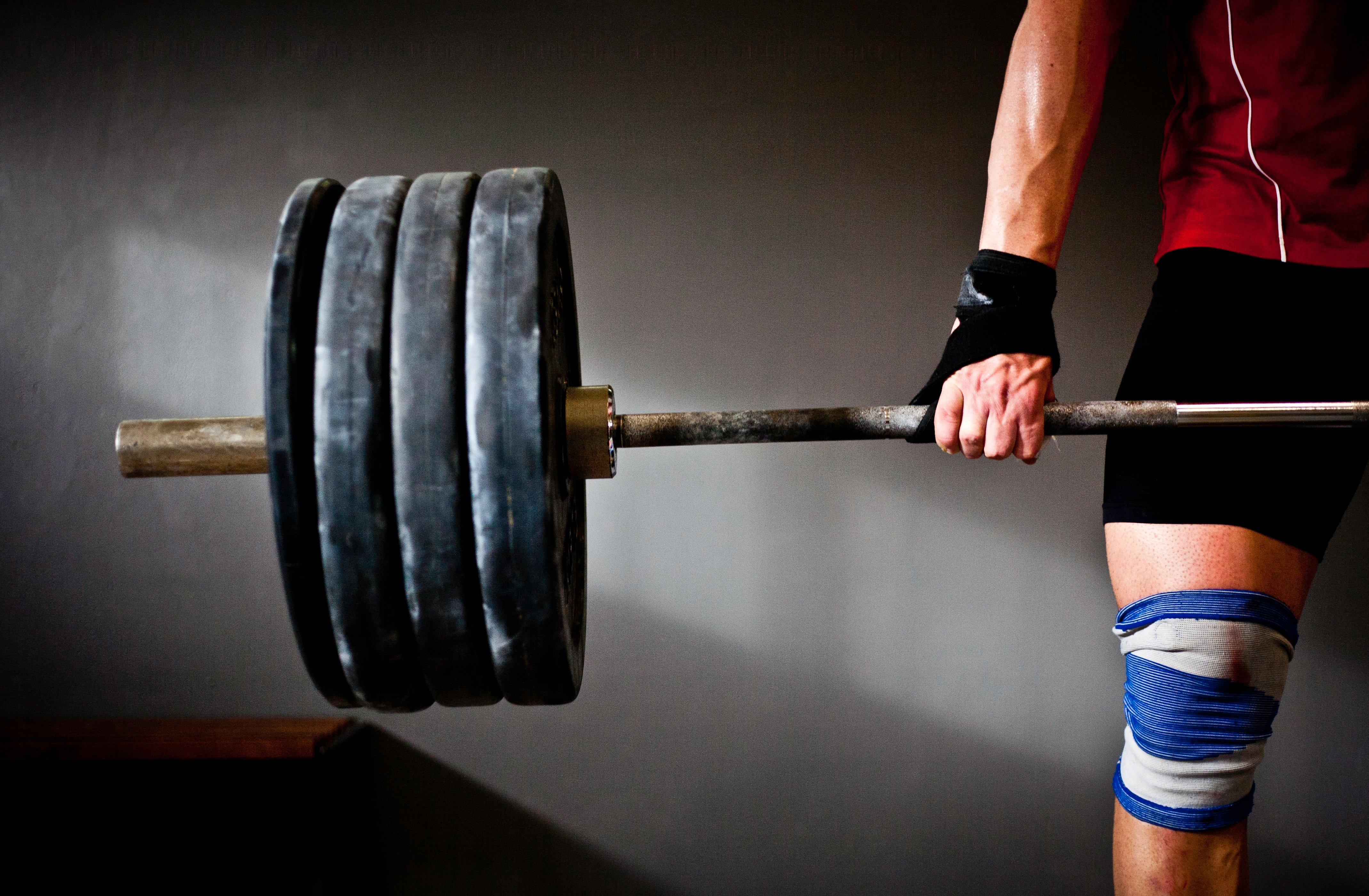 The SAT isn’t the only college admissions test that’s changing this year. While the College Board has dominated the testing news with its complete redesign of the SAT, the creators of the ACT have responded by revising their flagship test to incorporate significantly harder math and science content. In typical ACT fashion, these changes have arrived absent press releases or any semblance of fanfare. Rather, the ACT, Inc. simply folded these significant changes into its most recent official prep guide, released in May 2016. The new test forms in the official guide include advanced math topics never before seen on any prior ACT and a speedier-than-ever science section that demands a much higher level of scientific knowledge and fluency.

While the redesigned SAT narrows its focus and makes a pronounced move towards algebra (which now accounts for more than 60% of the test), the ACT appears to be moving in the opposite direction, expanding its scope to incorporate a broader variety of advanced topics. In the last few years, ACT math has been gradually integrating advanced concepts such as the expanded use of matrices (e.g., matrix multiplication), increased use of conic sections (e.g., working with ellipses and parabolic equations), understanding the domain of a function, vertical and horizontal asymptotes, monomial factors, and terminal sides and coterminal angles. The newest official ACT guide reveals a move further into the domain of advanced mathematics: integrating vectors, advanced probability, advanced sequences, permutations using factorial notation, and lines of best fit.

The range of content now covered by the ACT is approaching that found on the advanced SAT Math II subject test, though the distribution differs. The ACT is not placing the same degree of emphasis on the hardest math concepts, but these concepts will be in rotation among the most challenging math items which conclude each test. By pushing the upper bounds of math, the ACT will require students to achieve mastery over a larger array of advanced concepts to attain top scores. In doing so, the ACT test writers may be attempting to spread the distribution of scores at the top, to effectively populate the full score range from 30-36. If the test content is too easy, student scores tend to crowd at the top, and a student who misses a single item could see a perfect 36 drop precipitously to a 32. Add in enough challenging items and fewer students will achieve perfection, leading to a broader range of scaled and raw scores.

In addition to adding more challenging math content, the ACT writers appear to be looking for ways to write problems that render the calculator less useful. This is a trend we have also noted on the SAT, which prohibits calculators on an entire math section. Even on the calculator-permitted math section, the SAT writers present some items that negate the utility of the calculator. The ACT is also directly assessing more math vocabulary, such as asking for the computational definition of independent events in a probability question. Without explicit knowledge of these math terms, a student will be far less likely to arrive at the correct answer.

The changes coming to ACT science section are more fundamental in nature, necessitating changes in student strategy and approach, in addition to placing greater emphasis on background scientific knowledge. The revised science section raises the bar for all students.

The broader context: ACT science has been evolving over time

To provide some context for the current change, it’s helpful to summarize the evolution of the ACT science section through recent years. When we began teaching the ACT in 2003, the test was relatively straightforward, primarily assessing graph/chart/table reading skills; in many cases the background paragraphs were inessential to correctly answering the questions. We told parents, “this is not really a science test… it’s more of a test of reading skills, graphing skills, and logic.” In terms of difficulty and pacing, the science section was relatively easy and timing was not overly cumbersome: most students finished with time to spare. As a result, on some tests, missing even one or two questions could drop your score by several points.

By 2010, the science test had undergone a notable increase in difficulty. Students were encountering more time-intensive, multi-part items that required synthesizing information from the passage, figures, and data tables. Questions such as these significantly increased the burden on processing speed, causing many students to run out of time and guess on the remaining questions (likely helping to smooth out the score distribution). More and more, timing and pacing skills became crucial to success on the quickly-changing science section.

During the last five years, we’ve noticed two trends on ACT science: a return to more precipitous drops in scores for students who miss only one or two questions, and a gradual increase in the difficulty of ACT science content. With the release of the most recent official ACT guide, it’s clear that the test writers are raising things to a whole new level of challenge, potentially to smooth out the scoring distribution. Here are some of the key changes.

Before the publication of the latest official ACT guide, the test writers opted to eliminate one of the science passages, moving from 7 to 6 passages and distributing additional items to each of the remaining passages. At the surface level, this change seems positive, allowing students to delve deeper into fewer passages and potentially decreasing the timing burden. But the kinds of questions being asked are changing as well; indeed, the more complicated questions may effectively eliminate the benefit of the reduced number of passages altogether.

A different mix of questions

The new practice tests reveal that the simpler “get-to-the-point” questions of yesteryear are falling by the wayside, replaced by more challenging, complex items. A greater proportion of questions require a deeper reading of the passages and understanding of the scientific context presented. Historically, some 70% of questions could be answered merely by using the figures and the graphs provided. Now, a majority of science items require a careful reading of the passage, making it much harder to skip the passage and jump to the questions, a strategy that, in the past, has helped students manage the time demands of the section. Students forced to read the entire passage along with the accompanying graphs, charts, and tables will find that the clock is not their friend.

A heightened focus on outside knowledge

Typically, on a given science test, the ACT has asked two questions (out of 40) that required outside scientific knowledge. These questions might require students to know the difference between mitosis and meiosis or dominant versus recessive genes to correctly solve items. Based on the released practice tests, there now appears to be at least one outside knowledge question per passage, and one passage which contained 6 outside knowledge questions! An increase of 300% in these kinds of questions is clearly a substantial move towards assessing a student’s background scientific knowledge.

With greater frequency, students are being asked to use math directly to solve science questions and determine how certain figures were calculated. Students must have a basic understanding of statistical principles to answer more of the questions. Students will need to have a more nuanced understanding of correlations, the relationship between multiple variables, and potential confounding factors. These aren’t just tacked-on computations: these new questions focus directly on the ways statistics are used to draw conclusions from scientific data.

Overall, the new science section feels somewhat out of equilibrium: the hefty content suggests that the test writers want to gauge deeper understanding, but the timing constraints seem more appropriate for shallow, quick processing. The test writers of the new SAT also asked for deeper understanding and critical analysis, but granted more time per question to compensate; the writers of the ACT have similarly increased their demands without awarding the corresponding bump in time. Perhaps the ACT, Inc. will revisit this section and subject it to further revision and recalibration.

To address the timing crunch on ACT science, the test writers could trim the number of items or increase the total time for the section. The ACT is currently 5 minutes shorter than the SAT and we think it unlikely that the ACT, Inc. would want to make the test longer and lose its status as the shorter assessment. The less troublesome solution may be to further reduce the science passage count, potentially asking students to complete just 30 items in 35 minutes. This type of change would make a tremendous difference for so many students, reducing the heavy burden on processing speed, without having any meaningful impact on the validity or reliability of the instrument.

As the testing landscape continues to shift, it is clear that both the ACT Inc. and the College Board are aligning with a shared set of fundamental principles: integrate Common Core standards, demand a higher level of critical thinking and analysis, and increase the focus on deeper processing. The tests are moving squarely into the realm of achievement by rewarding students’ understanding of academic concepts. The level of difficulty for both assessments has clearly increased, but this is not necessarily a bad thing! These revised tests should more clearly reveal student deficits and highlight student strengths. Institutions will need several years to run the correlations between performance on the redesigned SAT and ACT and college grades, but it seems likely that these more challenging tests will better predict college performance.

The evolving tests raise the bar for students, just as they raise the bar for tutors across the country. The testing giants are effectively driving tutors to become teachers versed in a much greater breadth of content and pedagogical strategies. This also isn’t a bad thing. A more rigorous test demands a more skilled instructor. We’re certainly ready to rise to the occasion and help our students attain their best outcomes.