How the SAT Got its Groove Back 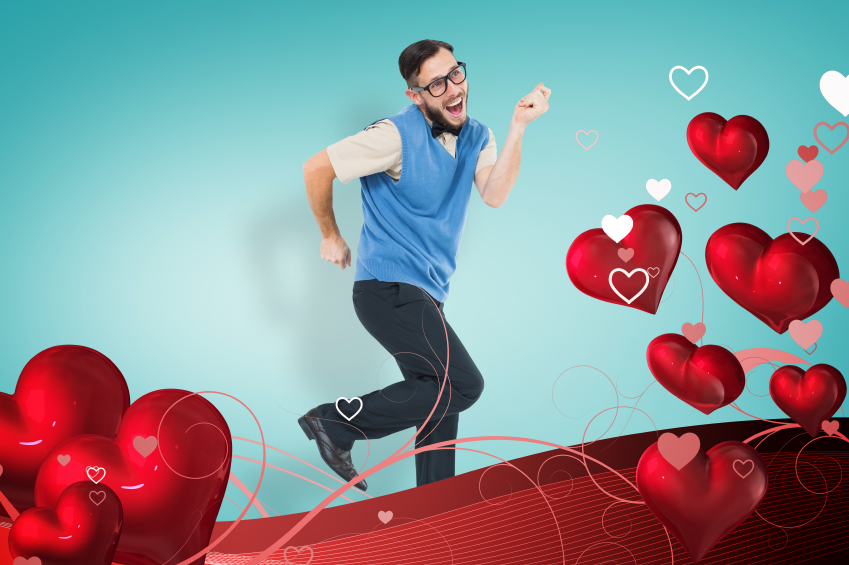 Americans love a good comeback story. We celebrated the resilience of the 2004 Red Sox who rallied in the 9th inning of the American League Championship to overcome a 0-3 deficit and eventually claim the World Series title, ending the 86-year old “Curse of the Bambino.” We marvel at Apple’s resurgence, having come from the brink of insolvency to eventual world domination with Steve Jobs at the helm. We applaud Diana Nyad who successfully completed her Cuba-Florida swim in 2013 following four harrowing, shark and jellyfish-laden failed attempts. And have you heard about the first comeback story of 2016? In this dramatic tale, the SAT turns the tide of history, refuses to collapse before the surging ACT, and begins to gobble up statewide contracts across the nation.

After years of stagnation and decline, the College Board seems to finally be back in the race. It wasn’t so long ago the ACT seemed unstoppable, picking up statewide contract after statewide contract: North Carolina in 2012, Hawaii, Louisiana and Montana in 2013, Alabama and Utah in 2014, Minnesota, Mississippi, Missouri, Nevada and Wisconsin in 2015. As states rose to embrace the ACT, the College Board struggled to explain the relevance of the SAT, much less sell it for statewide assessment purposes. Nobody wanted to administer a test mired in the past and poorly aligned to the academic standards against which most American students were being judged.

Enter David Coleman, Common Core Standards setter, and former McKinsey & Company strategy consultant. He assumed the mantle of leadership for the College Board in 2012 and promised a great shake-up of the flagship SAT. Initially things didn’t look promising for Coleman, as the College Board’s market share continued to decline through his early tenure; not a single new state stepped forward to embrace the redesigned SAT as a required test for high school juniors. Then in the spring of 2015, the tide began to turn.

Everyone was shocked when Michigan, in the heart of ACT territory, dropped its 8-year relationship with the ACT and opted instead to give every junior a redesigned SAT. This decision resulted largely from an ambiguous request for proposal issued by Michigan’s Department of Education. The confusing RFP led the ACT, Inc. to submit a bid which incorporated the added expense of a graded essay per student, while the College Board submitted a bid without this substantial expense. The lower bid won the day. Despite howling protests by the ACT reps, the decision stood. The College Board had secured its largest state contract in history. This was the first crack in the dam. Then, in early August, Connecticut announced it was dropping the Smarter Balanced Assessment Consortia (SBAC) test and would instead administer the redesigned SAT to every high school junior to fulfill its federally mandated high school testing requirement. New Hampshire quickly followed suit.

In October New York City announced that every junior in its public school system would take the redesigned SAT at school for free beginning next year. The $1.8 million dollar annual contract reveals that New York City negotiated a significant discount for its 64,000 high school juniors. Instead of locking in the $54 retail price for an administration, it seems NYC paid closer to $28 per student, roughly a 50% discount. Winning New York City, where the College Board is headquartered, represents a symbolic and a tactical victory. The structure of the deal – free school-day testing for all juniors – also aligns with the College Board’s move toward greater access to college admissions testing.

On the heels of the New York City announcement, the College Board convinced two more ACT states to defect to the redesigned SAT: Illinois came aboard in late December and Colorado followed within days, rejecting the PARCC test and the ACT in favor of the redesigned SAT. Winning these two states was a major coup for the College Board; Illinois was the first state to lock in a contract with the ACT in 2001 and Colorado was the second. The ACT, Inc. has not surprisingly protested the loss of its two longest standing contracts. Following the defection of Michigan, Colorado (the timeline for the transition is still pending), and Illinois, the ACT, Inc. now has contracts with 17 states. By comparison, the College Board has beefed up its portfolio from 3 states (DE, ID, ME) at the start of 2015 to 8 states at the dawn of 2016: 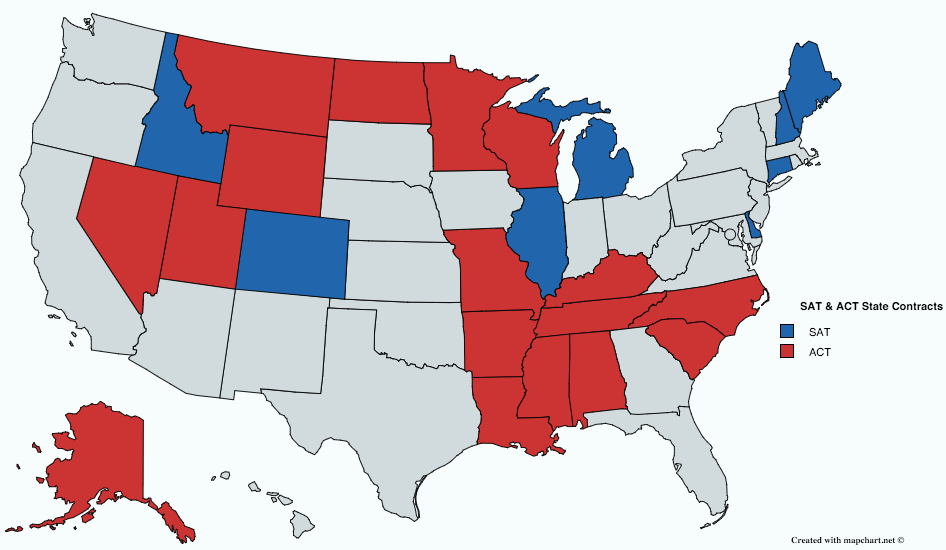 Just over 15 years ago statewide contracts for SAT or ACT testing were unheard of. Today twenty five states have contracts with either the ACT, Inc. or the College Board, and more states are certain to fall in line and sign a deal with one of the two testing giants. With its Common Core aligned SAT and aggressive pricing, the College Board is well-suited to capture a larger share of the unattached states, and potentially flip more ACT states back to the SAT. It is noteworthy that the chairman of the education committee for Connecticut, Andrew Fleischmann, cited the preference for the redesigned SAT on account of its move from an “old style aptitude test” to a “true mastery exam that measures the academic progress a student has made through their junior year.” Moving towards achievement and curricular alignment seems to be paying off for Coleman and the College Board. Although the SAT will most likely lose market share in the 2016 year of transition, exacerbated by the scoring delays of the March administration, the College Board will be well positioned to expand its national footprint and customer base when the dust finally settles.

Soon we will see how colleges perceive the redesigned SAT, and within several years we’ll have correlation data to determine if the College Board has designed a test that is more predictive of college performance than its rival. It is clear that the redesigned SAT is more rigorous and is currently winning the hearts of state educators. Next we’ll see if it wins the hearts of college admissions officers and allows them to pick a class more likely to succeed in college.