If States, Not Students, Applied to College…

The national test score average for seniors graduating in 2013 was 20.9 for the ACT and 1498 for the SAT, but state averages varied significantly. This begs the question, if states applied to college, based on their SAT/ACT scores, how would they do? Who could expect to get the thick packet on decision day, and who would get the thin one?

Take a look at the data for state ACT/SAT scores and see where your state falls!

For the ACT, a slew of New England states could expect good news from colleges. Massachusetts, Connecticut, New Hampshire, Maine, New York, New Jersey, and Vermont ranged from 23 to 24.1, a full 2 or 3 composite points higher than the average. At the other end, North Carolina, Mississippi, Tennessee, Louisiana, Kentucky, Florida, and Arizona are some states that might want to put in some extra test prep with their scores ranging from 18.7 to 19.6, 1 to 2 composite points below the average.

Interestingly, the SAT high-rollers consist of a different set of states. Illinois, Missouri, North Dakota, Michigan, Minnesota, Wisconsin, and Iowa beat out the rest with scores ranging from 1760 to 1800, 260 to 300 points higher than the national average. These states could expect quite a few colleges to be courting them with scores like that. Trailing at the end are Delaware, Idaho, Maine, D.C., South Carolina, Texas, and Georgia with scores ranging from 1350 to 1450, well below the national average. These states will need some pretty high GPAs and a lot of extra-curriculars to counteract those lower test scores.

What do we make of this wide range in test scores across states?

Should I pick up and move to Maine, in hopes of achieving the state average by some process of osmosis? Are students smarter up north? Is there something in the water that accounts for this disparity? And why do some states, such as Maine, have a high ACT average (23.5) but a low SAT average (1380)?

So why do scores range so widely across and within states? Looking at the states’ data, a pattern seems to emerge. Across the country, when a state has fewer students taking one test over the other, we can expect a higher average for the less popular test. By contrast, in states where students take both tests evenly, we can expect to see test scores at about the same level. That seems to account for much of disparity between tests within a state. As for the differences between states, a host of other factors may affect the test outcomes: emphasis on test prep, years students have been taking the tests, educational progress, etc.

So if fewer students take a certain test, why are they generally performing better than the average? This smaller pool of students seems to consist of students who figure out that they are stronger in one test over another and prep to that test. The majority of students in Alabama, for example, will take the ACT and will not consider taking the SAT, which may prove a better test for them. Most Alabama students, strong and weak test-takers alike, will take the ACT, but only a select few will take go against the current and take the less-popular SAT. And Alabama’s results show the contrast, below-average ACT results (18.9) and above-average SAT results (1673).

We’d love to hear from you! Which state do you hail from and why are you choosing to take one test over the other?

(All information can be found at act.org and collegeboard.org) 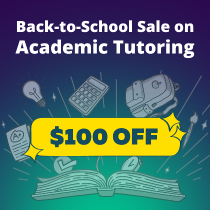