When A is for Average: the High Cost of Grade Inflation 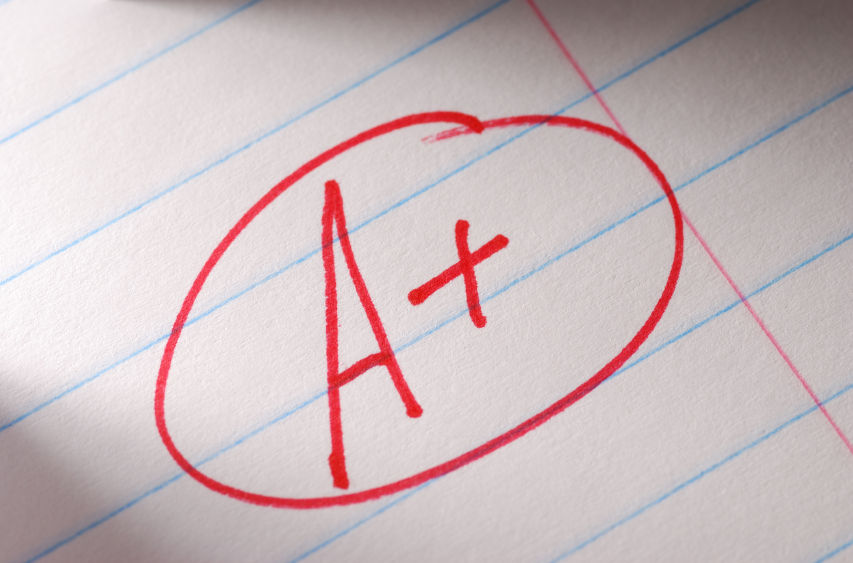 “What message are we sending our children when two-thirds of the students in a high school class graduate with honors, relegating the non-honors students to a stigmatized minority?”

Galloping grade inflation in our high schools presents us with myriad ethical and practical concerns. As we’ve collectively eroded the value of an A, granting it more readily than at any time in history, we’ve created challenges for our students and for our educational system. According to the 2005 National Assessment of Education Progress, the average high school GPA (on a 4.0 scale) increased from 2.68 to 2.94 between 1990 and 2000. The 2007 National Household Education Survey reported a whopping 81% of students receive mostly As and Bs in high school. All signs point to a continuation of this rising grade trend, particularly in competitive educational marketplaces.

The inflationary trend does not end in high school but rather continues into college. Whereas an A used to connote superior academic performance in the post-secondary educational landscape, it now connotes performance slightly above average. A’s now account for 43 percent of all grades given in college. Stuart Rojstaczer, former professor from Duke University, reported that average GPAs in private colleges and universities have skyrocketed in recent decades from 2.3 to 3.3. More selective schools grant the highest GPAs: Harvard and Yale have posted average GPAs of 3.45 and 3.51, respectively.

Harvard Professor Harvey Mansfield, who has spent his career in the hotbed of rising GPAs, insists that grade inflation persists because “parents like it, students like it, the faculty likes it, and the administration loves it.” These various groups have good reason to love higher and higher GPAs, which confer a clear admissions advantage to students. In a provocative study led by researcher Sam Swift of the University of California Berkeley, grade inflation was found to pay tremendous dividends for students applying to graduate schools. Students applying from colleges with lower average GPAs were deeply penalized. Students graduating from grade-inflating institutions were accepted at more than double the rate of those students applying from schools with low grading norms. Swift warned that this practice, “threatens the meritocracy of our society,” and questioned whether it still makes sense to factor GPA into evaluative admissions processes.

Pressures to keep the grades high

At the high school level, teachers are directly feeling pressure from their administrators to ratchet up the GPAs. Headmasters at top private schools admonish teachers used to grading more aggressively that they “need to give higher A’s.” When I was a student, earning a 93 in an AP class was a sign of success. In today’s climate, a 93 is not high enough. Teachers are warned that they could be keeping their kids out of top schools by giving lower grades, particularly if other schools in their competitive cohort are playing the inflationary game. To think that a teacher could be “crippling” students by giving them 93s is remarkable.

Just as teachers from affluent private school are admonished to give higher As, teachers from lower income public schools are advised to withhold F’s. Administrators, principals and superintendents are pressuring teachers to pass low-performing students for political and pragmatic reasons. One of our colleagues teaching in an inner-city high school in Charlotte, North Carolina had 40 kids in her class, half of whom were not delivering passable work. Retaining 20 students was simply not an option; the system could not handle the extra burden, nor did the administration want to face the consequences of failing this many students. This teacher was counseled by her supervisors to “D ’em up.” Pass these students along to the next grade, and let the next year’s teacher deal with the problem.

Other teachers face the ethical dilemma of giving lower grades to students who are financially dependent upon scholarships to make college a reality. In Georgia, the HOPE scholarship requires a student to attain a 3.0 cumulative high school GPA. Local teachers have admitted to feeling that, by giving a student a C, they may be “taking money out of a family’s pocket.”

If everyone likes it, what’s the harm in grade inflation?

Greater emphasis on standardized testing
When grades become less meaningful, college admissions officers must look to other tangible measures to make distinctions. Particularly at more selective institutions, standardized testing will frequently assume greater importance in the admissions process. According to Bill Shane, former dean of admissions at Bowdoin, Vanderbilt and Macalester, this “will penalize the student with merely ‘very good’ testing who might actually be one of the very top academic achievers.”

Top students getting lost in the mix
Shane is particularly concerned with the impact of rising grade inflation upon the strongest students. “It is not uncommon these days to see more than 10% of the graduating class with the highest average possible. It defies credibility to say all these students have the same level of academic ability.” The strongest students have the most to lose.

Penalizing schools that do not grade inflate
According to Marilee Jones, former dean of admissions at MIT, the schools that do not inflate their students’ GPAs will suffer the most in the admissions process. Needing to process more applications than at any time in history, admissions officers no longer have the time to fully differentiate the grading cultures between different high schools. Unless admissions officers understand the nuances of grading norms at each school, students from more challenging grading cultures will be penalized.

Another casualty in a culture of easy A’s is the opportunity for students to develop resiliency and grit. According to researchers like Carol Dweck, grit may be the single most important attribute students need to succeed in the adult world. Dealing with a low grade can be a profound learning experience for a student. In my academic life, the single most important grade I ever received came in 8th grade, when Stan Gillespie gave me a 63 on my first English paper. I did not challenge the 63 or look to my parents for a lifeline. I read his critique of my grammatical and stylistic errors and understood that if I wanted an A in his class, I was going to have to earn it. I accepted his challenge and got to work. After 26 years in academia, I can state clearly that no teacher in my life has done more to improve my writing than Mr. Gillespie.

How many teachers today have the freedom to do what Mr. Gillespie did, to give an F to a promising student and ask for more, to expect more? How many teachers know that in this era of ubiquitous cell phones, within 5 minutes of handing out that paper, a parent will be calling in hysterics, demanding to speak with the teacher about her A-student receiving a 63? How many teachers will be afraid of the reaction of the administration or worry that they might be hurting a student’s chances to gain admission to a selective college or university?

What can be done?

It is clear that we need to address this problem collectively. In higher education, a handful of courageous institutions have begun to take a stab at curbing grade inflation. In 2004, Princeton University established guidelines for grading distributions across departments that capped the number of A’s that could be awarded to 35%. Against a chorus of student complaints, this policy has effectively kept grades in check. The provost at the University of Minnesota has advanced a plan to publish grade distributions to establish greater transparency and accountability. Researcher Sam Swift and his colleague Zachariah Sharek argue that, to combat grade inflation, we should return to an emphasis on class rank, and insist that performance percentiles appear on college transcripts.

Several southeastern universities — including Georgia Tech, the University of Georgia and Auburn — are providing student performance feedback to high schools. “You may have sent us a student with a 3.7, but that’s translating to a 2.6 at Auburn.” By calling attention to inflated high school grades and under-prepared students, colleges may encourage a more honest grading culture at the high school level.

We must applaud the efforts of institutions willing to opt out of the grade-inflation game. They are making a stand to reclaim academic integrity and hold their students accountable, potentially at a significant cost. Those institutions able to put ethics above immediate gratification will reward their students, maybe not with a trophy or an A average for every student, but with a sense of resilience that may pay dividends for a lifetime.