Be an Early Bird for that Ivy Worm! 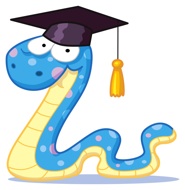 When applying to a college with acceptance rates in the single digits, you definitely need to take advantage of every opportunity to increase your likelihood of getting in. For example, looking at the class of 2016, Harvard’s regular decision acceptance rate in 2012 was a paltry 4%; that translates to only 1 student out of every 25 accepted! While the overall admissions numbers are small enough to make even the most competitive applicant uneasy, there may be a brighter side. If you have a stellar GPA and top-notch standardized test scores, you do have an incredibly powerful weapon at your disposal, should you choose to use it. But be warned, you can only use it once. I’m talking about applying early.

Applying Early vs. Applying Regular Decision: What do the numbers tell us?

Before we get to the meat and potatoes, let’s review the early admission process. There are two ways to apply early: early decision and early action. Most Ivy Leagues offer early decision; Harvard, Princeton, and Yale offer single-choice early action. The difference is significant. Early decision is a binding contract between the student and the school: if you are accepted, you will attend that institution. Early action, on the other hand, allows students to apply regular decision to other schools, and does not require a decision until May. With EA, then, a student could apply early to Harvard, for example, send in regular applications in January, and still go with Harvard if other schools don’t offer competitive enough financial aid packages. This article will focus on the general benefits of applying early, be it early decision or early action.

The data shows beyond a doubt that applying early can boost your chances of getting in. Consider the two tables below. The first shows aggregate data pulled from Ivy League schools’ websites. The second focuses in on regular decision (RD) and applying early (ED/EA) acceptance rates:

Applying early can considerably increase the acceptance rate across the board. For example, Harvard’s meager 4% rate for regular decision jumps to 18% for early applicants; that’s the difference between 1 out of 25 students accepted and almost 1 out of 5 students! For more visually-oriented individuals, consider the two graphs below. The first shows the individual Ivy League RD and ED/EA rates; the second shows the average of their RD and ED/EA rates: Looking at the numbers, it’s a no-brainer! Early applicants have a 275% advantage over regular applicants. Few application decisions can have a greater impact on your chances of getting in than deciding to go early.

Why Are ED/EA Rates Higher?

Colleges are quick to explain the reason for these higher acceptance rates. Says Dartmouth’s website, “with highly recruited Division 1 athletes removed from the Early Decision applicant pool, the rate of admission during Early Decision falls back to a level that is more comparable, although slightly higher, than the overall rate of admission.” Brown explains that the early applicants tend to constitute “a very high proportion of exceptionally talented students and a higher rate of admission for Early Decision applicants reflects this phenomenon.” Before we go accepting the colleges’ explanations wholesale, though, it’s worthwhile asking if colleges have anything to benefit from treating ED/EA students more favorably. In a study undertaken by Avery, Fairbanks, and Zeckhauser which they published in their book The Early Admissions Game, the authors surveyed thousands of high school seniors, hundreds of thousands of applications, and five years of admissions records from more than a dozen colleges in an attempt to answer this question. Their conclusion was surprising: “Colleges were much more likely to admit an early applicant than a regular applicant with the same qualifications.” Why would colleges seem to reward students who apply early decision?

Jed Applerouth outlines a number of reasons why colleges would accept more early decision students, proportionally, than regular decision students. Typically, colleges can count on ED/EA students to be more enthusiastic about their first-choice school if accepted. Also, early applications allow colleges to stretch the admissions process for their officers to five, rather than three, months. Furthermore, colleges can manage their selectivity rates better through ED/EA, which in turn influences U.S. News & World Report rankings. And let’s not forget about financial incentives!

Colleges care about education, but they also care about the Benjamins. Each college needs revenue, and tuition is its main source. Colleges want students who will pay the full tuition, and early decision is the way to secure those students, and their checkbooks. With early action, students can still attend another school; with early decision, an acceptance is binding, which is of great benefit to the school. By choosing to apply early decision, a student waives the right to shop financial aid packages, meaning that he will pay the full-tuition, or accept whatever financial aid his early decision school offers. This arrangement places much of the control in the college’s hands; it can choose how many students to accept early decision, and in doing so, can raise a considerable amount of revenue without having to worry yet about handing out scholarship money to attract those desirable students. Once early decision applicants have been accepted, deferred, or rejected, the college can concern itself with admitting regular decision students, financial aid offers, and yield, but it will have made considerable steps in starting off the admission (and revenue-raising) process on a good note. To quote Tom McManus, former Regional Director of Admissions for the University of Pennsylvania, “with ED, the streets are paved with gold,” and the numbers seem to prove his statement. Colleges want full-tuition students to offset their financial aid packages, and they are willing to take less-competitive applicants applying ED to reach their financial goals.

Who should apply early?

When considering applying early, first and foremost, keep in mind that the majority of the Ivy League schools (with the exception of Harvard, Princeton, and Yale), early applications are binding, meaning that if you are accepted, you must withdraw any other applications that you had in the mix. You definitely want to be sure that you are completely at peace with attending that school if you are accepted. On a similar note, you’ll also be waiving the right to shop any financial aid packages at other schools, so make sure you’re financially ready to attend that school if accepted.

Second, you want to make sure your application is ready for the scrutiny of the admissions officers. Yes, early applicants have a higher rate of acceptance than regular applicants, but Ivy League schools will not accept a weak early applicant over a potentially strong regular applicant. The thousands of other applicants joining you in applying early are just as competitive, if not more so, as those applying regular decision. If you don’t have the GPA, the strong curriculum, and the test scores needed to be a competitive applicant to Ivy League schools, applying early won’t necessarily help your chances. You may want to wait until regular decision and focus on boosting those numbers. As I said earlier, this weapon can only be used once; if you are rejected from the early decision pool, you cannot reapply that same year for regular decision, but will instead have to wait until the following year to apply. For this reason, make sure your numbers are where you want them to be.

While colleges’ arguments for early decision rates may have some truth to them, they definitely have hidden motivations for letting in more students early on. If you are set on applying to an Ivy League school with an extremely competitive regular decision rate, and if you have the numbers within range for your school, you definitely want to go early decision.

“The Ins and Outs of Early Admissions” by Jed Applerouth:  http://www.applerouth.com/blog/2007/10/16/the-ins-and-outs-of-early-admissions/