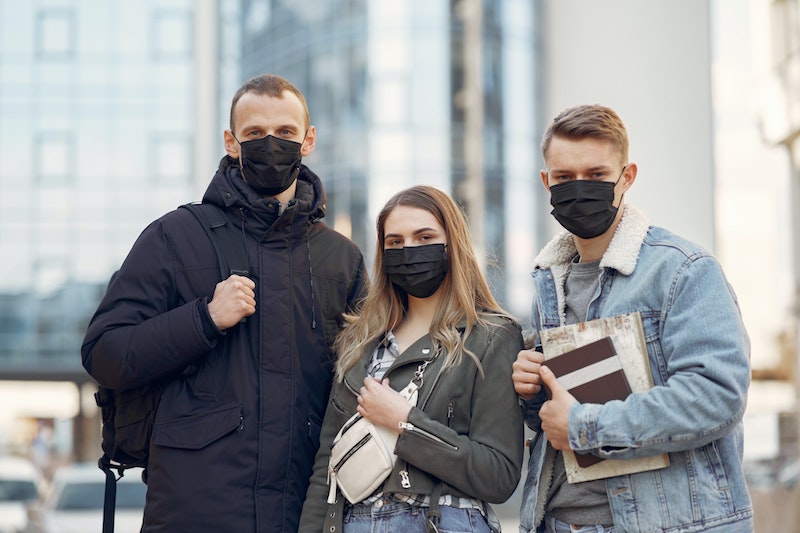 In late September, Inside Higher Ed (IHE) released its yearly Survey of Admissions Leaders. The results confirm what everyone in the admissions world already suspected: COVID-19 had a seismic impact on college admissions during the 2019-2020 cycle. The survey – conducted by Gallup for IHE – received responses from over 400 enrollment leaders at colleges and universities across the country and is one of the most comprehensive measures of overall sentiment in admissions today.

Here are our takeaways:

1. Colleges struggled to meet their enrollment goals, but some types of schools fared better than others

The effects of the pandemic were across the board in college admissions this year, but community colleges were hit particularly hard. Sixty-four percent of community college admissions leaders surveyed reported that their institution did not meet enrollment goals for the fall by July 1st. Four-year colleges didn’t fare much better: 58% of public four-year schools and 52% of private four-year schools hadn’t met their goals by July 1st.

Post-graduate education remained slightly safer in the midst of the pandemic, particularly doctorate programs at public schools. Only 39% of those programs missed their July 1st enrollment goal. The report doesn’t speculate as to why these programs fared better, but it’s possible that older students weren’t as put off by the possibility of remote learning as undergraduates were.

2. One in four admissions leaders thinks the pandemic will change their school’s standards and focus of recruitment going forward

Because so many schools didn’t meet their enrollment goals this past year, some admissions leaders think that their institutions will have different standards going forward. In fact, 28% of all surveyed admissions officers reported that they believe their institution will begin admitting students it may not have admitted in years prior. Among public four-year colleges, that number was even higher: 41% of those admissions officers think their school may well change their standards to attract more students.

Admissions officers may pivot towards recruiting online students this year, as it’s unclear how far in the future this pandemic will last. Across the board, the majority of admissions directors surveyed reported that they plan to focus more on recruiting online students than in the past. The greatest jump from last year was among community college directors: 79% reported they would be increasing their focus on recruiting for online classes, a 20-point jump from last year.

3. The effects of the pandemic on the SAT and ACT testing have been widespread and may continue into future admissions cycles

Testing has been under an immense amount of scrutiny in the COVID-19 era. The SAT and ACT were cancelled outright for months during the spring, and even though these cancellations affected current juniors more than seniors, colleges responded to the situation by changing their policies. Many schools became test-optional in the wake of test center closures, and a few even went test-blind. Only 13% of admissions officers surveyed reported that their institution required test scores from applicants.

Even though many of the test-optional policies were announced as temporary measures, they may become permanent fixtures. Admissions officers at schools that eliminated the testing requirement overwhelmingly reported (68%) that they expect their school to remain test-optional or test-blind after the COVID-19 emergency has passed. The rate was even higher among private school admissions officers.

On the other hand, the status of AP testing hasn’t changed much in the eyes of the admissions officers surveyed. The AP exams went online in May 0f this year, and many of the exams had to be altered to suit the new format. Only 7% of those surveyed said that their institution changed its AP policies in light of the new AP format and restrictions.

This admissions cycle has been unlike any in the history of higher education. Colleges and universities have had to pivot quickly, responding to national and global changes in the moment. While the changes to admissions came quickly this spring and summer, it appears that these changes won’t necessarily recede as quickly once the pandemic resolves. 2020 may prove to be the year that changed admissions for years to come.