The Future of Fairness in Admissions: Experts Weigh In at a Daylong Conference 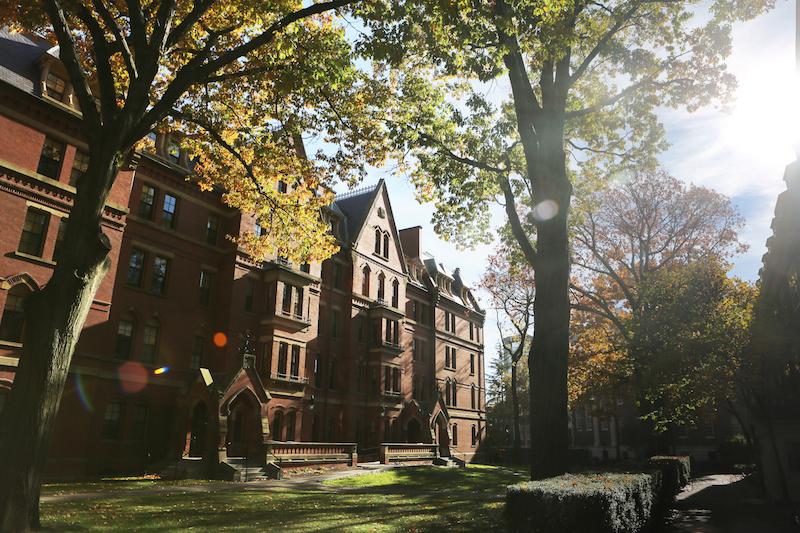 I recently attended Admissions in a Post-Harvard World, Inside Higher Ed’s day of panel discussions on the impact of the recent legal case against Harvard’s affirmative action practices. College admissions officers see affirmative action (or, as many prefer to call it, race-conscious admissions) as the best way to get a diverse class of talented students. Critics, including some in the Asian-American community, see affirmative action as unfairly penalizing Asian-American students and further dividing the country by race. No matter what happens in the courts, there are many issues and opportunities facing the college admissions landscape. Here are my takeaways from the day’s discussion panels.

How Did We Get Here?

One of the key allegations against Harvard was that admissions officers include an amorphous “personal rating” as a part of the admissions portfolio, where students of Asian heritage uniformly score lower than African American, white, and Latinx students. Dennis J. Saffran, an attorney-at-law who filed a brief in support of SFFA, maintained that the personal essay was introduced at Ivy League schools as a way of reducing the number of Jewish students admitted, and that the personal rating is having the same effect on Asian American students. The root of Saffran’s concern was the lack of economic diversity in higher education: “We don’t have a student body at Harvard that looks like America – we have a student body that looks like the 1% except they have different skin colors.”

Danielle Holley-Walker, Dean of the Howard University School of Law, disagreed with Saffran’s view of the case. In her opinion, this lawsuit wasn’t about ending intentional discrimination – it was an attack on admissions’s officers’ ability to see the whole student. “Part of who we are is our background and what we bring to the table,” she argued. Harvard isn’t like other colleges: their applicant pool is truly exceptional, yet they don’t want to fill a class solely of academic superstars. For years, Harvard has used a holistic system including multiple application readers, admissions committees, and people who read files on schools and regions, and – for the most part- it works. A point that Holley-Walker made about equity in education really resonated with the room: “There were no good old days where everyone was judged solely on their academic achievement. So let’s not pretend that this was ever a neutral system.”

Steve Hahn, a higher education consultant and former vice provost for enrollment management at the University of Wisconsin-Madison, focused on what he saw as most important: diversity. He summarized his experience in these terms:

The guiding light for admissions is in what contributes to the quality of the class and what aids in that quality. We proceed from that basis. We believe that a diverse class is a quality class.

Regardless of their position on the court case, all three panelists agreed on the necessity of expanding need-blind, low-tuition, and no-tuition options for students in order to encourage greater upward mobility.

Thanks to the Harvard case and the Varsity Blues scandal, the admission of ALDCs (athletes/legacies/dean’s list/children of faculty and staff) has been put under the microscope. One policy proposal, supported by several recent presidential candidates, is to end federal aid to schools who have legacy admissions or programs like early decision, which favor white and wealthy families.

Rachel Fishman, the deputy director for research with the education policy program at New America, shared insights on current public opinion.. New America’s annual survey asked about legacy admissions, athletic admissions, and affirmative action. Respondents reacted strongly to the notion that some applicants get any form of preferential treatment. . The strongest feelings, however, were reserved for legacy admissions – 80% of those surveyed said it shouldn’t be easier to gain admittance based on legacy status.

Sue Cunningham, president and CEO of the Council for Advancement and Support of Education (CASE), spoke on behalf of schools who need legacy admits to survive. Philanthropic engagement can often support need-blind admits – 37% of gifts to support endowments were going to student financial aid, and a lot of those gifts came from alumni. Cunningham saw the importance of legacies as a give-and-take with educational funding at the national and local level.

All the panelists agreed that supporting equity, broadening access, and creating opportunity are vital causes for educational institutions. David Hawkins, executive director for educational content and policy for the National Association for College Admissions Counseling (NACAC), urged attendees to think about how we can support higher education for as many people as possible.

Kan Qiu, the chair for American Coalition for Equality, expressed his opinion that banning affirmative action in Washington state has actually led to more diversity. The year after Initiative 200 (the original referendum banning affirmative action) was passed, there was an immediate drop in diversity because universities weren’t allowed to use race as a factor in admissions. However, that motivated universities to do a better job of reaching out to underrepresented communities. According to Qiu, “Not using race makes your work harder but it will generate better results.”

Qui shared the stage with Dr. Richard Anthony Baker, the executive director for institutional equity, EO/AA, and Title IX coordinator for Rice University. Baker felt that the state’s ban on affirmative action was handicapped Washington’s ability to keep and develop talent. In his opinion, Washington state legislators wanted to pass the new bill to keep qualified minority students from going to other states. Baker felt that race-neutral alternatives lead to a decline in enrollment of minority students, partly because they don’t feel that the environment is welcoming of minorities.

The Data on Asian American Enrollment

This conversation was between Dr. Julie Park, an associate professor of education at the University of Maryland, and Wenyuan Wu, director of administration at the Asian American Coalition for Education. Both Park and Wu depicted their causes as part of a larger movement – financial support for institutions of higher learning for Park and Asian American civil rights for. Wu.

Park thinks the Harvard case distracts from the fact that we have dwindling state support for higher education, which has led to a ridiculous situation where people don’t even know if they can get into their state university, which they could take for granted a generation ago. Wu sees the Harvard case as just the beginning of a larger civil rights movement for Asian Americans, going beyond the level of personal choice of college.

How Admissions Can Regain the Trust It Needs

What was so striking about this final panel was the frank expression from all the panelists that they’ve had this conversation before, with little result. Robert Massa, vice president emeritus of enrollment and college relations at Dickinson College, remarked that he had been on a panel in 2003 about restoring trust in college admission. Stefanie Niles, vice president for enrollment and communications at Ohio Wesleyan University, was on a similar panel a few weeks ago and a colleague there said that he had been discussing access and equity 40 years ago. So, what can actually be done?

Niles suggested that institutions reexamine their missions. Student bodies are more diverse, technology continues to evolve, and so do our society’s needs. When many of those original university missions were created, it was unimaginable that students who were traditionally in the minority would be in the majority. Mental health was never a consideration before, but it’s affecting how students learn and what they accomplish. Cost is also a huge factor – it’s outpacing the increase in family income, and there are swaths of students who can’t participate in education because of the cost factor.

Massa focused on the economic barriers facing students. In Massa’s opinion, we need to incentivize colleges to subsidize their prices to the students who need it most, including the middle-income students who are being squeezed out by high tuition rates.

Youlanda Copeland-Morgan, the vice provost for enrollment management at UCLA, was more interested in addressing the total wellbeing of the student, chiefly through equity and holistic financial aid. She emphasized that the focus on equity needs to go beyond admissions and look at retention and graduation:

“Equity is about giving every student what they need to participate and graduate.”

Jonathan Burdick of Cornell noted that often, colleges are being held to the wrong yardstick – money, attention, and recognition. If we fail to solve the problems of access and equity, society is going to sink. It’s time to think outside the box, including artificial intelligence and machine-learning tools to help talented students access other options.

Reflecting on this information-packed and dialogue-rich day of panels, one thing stands out: the conversation around fairness in admissions is far from over. The eventual policy changes need to address many factors, including cost, diversity, income segregation, opportunity, and social mobility that, taken together, contribute to the knotty issues of equity and fairness in higher education. The Varsity Blues cases are reaching sentencing and the flashy Harvard trial has closed, but these questions of fairness remain front and center for our society even as recent headline-grabbing events fade into memory.